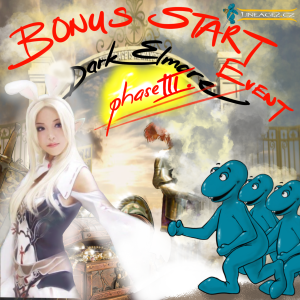 after big migration of players there are new warring factions forming and server life is coming back to normal. We are trying to attract new players, but also bring back those that went to try out different projects. We are still working on server development and we are doing modifications as needed. You can watch what’s happening on the server through our Live stream.

On Saturday 1st of December there will be a reset of votes on all web portals. We want to achieve the best results possible, therefore we will be increasing the reward from 25 WCs for each vote portal to 50 WCs for one portal for the period of 1 week.

From regular server restart on Monday 3rd of December it will be possible to drop WCs from all RBs up to level 69 (included). The amount of WCs you can obtain will depend on the level of RBs as follows:

From regular server restart on Monday 3rd of December 2018 until next restart on 10th of December 2018 there will be change in buffs available from DE Vendor. We will enable songs/dances before 3rd class transfer for 20 minutes for characters up to lvl 74 (including).

We are reacting to repeated requests of players to shift the end of olympiad period to weekends when there are no castle sieges. On Sunday 2nd of December the fourth season of olympiad will end. The following olympiad period will be shortened to 1 week and will end on 9th of December 2018. All subsequent periods will have the original 14 days period as you are used to.