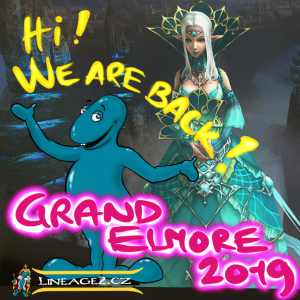 the long wait, preparation and testing of the server is almost over. We thank everyone who actively participated in the testing and also everyone who helped to make the server more visible wherever possible. This year's response is fantastic! Before us is the Grand Opening of server Grand Elmore 2019 and it is necessary to be prepared for it. Please read all of the following information carefully.

At this year's server start we want to try one new feature. This is a further mitigation of the impact of a possible DDoS attack.

We look forward to seeing you on the Grand Opening!