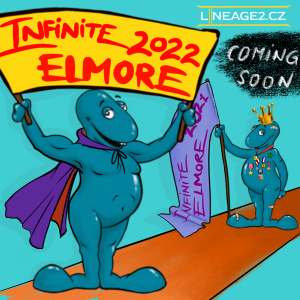 We plan to launch a High Five server, which will be based on the settings of the previous project, especially in terms of custom adjustments. The changes we are planning will be based on the feedback of the community of the previous project. The main goal is to make playing more enjoyable, especially for casual players. We will also be more open to changes to which we have resisted in the past.

Your suggestions may be directed directly to our discord in the Infinite Elmore 2022 section, where we will monitor everything carefully. We will move the topics that interest us for further discussion, or let players vote on them in polls.

We will gradually publish the detailed settings. The Beta Test will start in the second half of August. Infinite Elmore 2022 will start during September, the exact date will be specified later.